It’s those lovable little shit munchers that we call dogs.

They may be man’s best friend but they’re a cyclist’s worst enemy. At best a mild annoyance, at worst genuinely life threatening, dogs cannot be ignored by he or she who travels on two wheels. At the sight of spinning spokes even the most cuddly, warm-hearted family mutt can undergo a Jekyll/Hyde transformation. An atavistic bloodlust runs through its veins and its sole purpose in life is to end yours.

When you regularly spend upwards of 6 hours a day on a bike you not only encounter an awful lot of dogs but you have a lot of time to think. It’s this combination that inspired me to write the following guide.

First let’s look at the different types of dogs you’ll encounter on the road:

If you see a stray aimlessly wandering the roadside away from any houses it’s probably a floater. Without a home to protect they’re almost always placid and are usually more afraid of you than you are of them.

The floater is friend not foe. It may let out a solitary bark but it is of no threat and deserves your sympathy. After all, it’s probably just lonely and looking for food or a bit of lovin’.

These doe eyed scamps won’t cause you any problems and if all dogs were friendlies I wouldn’t be writing this. They don’t bark, don’t chase and give nothing but positive energy.

But be warned. Unlike floaters these guys can flip at any moment. I once started singing “The Winner Takes It All” to an apparent friendly as I cycled past and he saw red and went straight for the jugular. I can only assume his owners exclusively beat him to Swedish pop music and he had some kind of PTSD flashback.

My personal favourite, the dandy will spot you then scamper away like an excited school girl. “Teehee! The human is coming on his whirly contraption. Wait till I tell the girls about this!”. The dandy will often peek back over its shoulder like saucy little flirt that it is “You still coming, soldier?” but it won’t bark or cause you any issues. 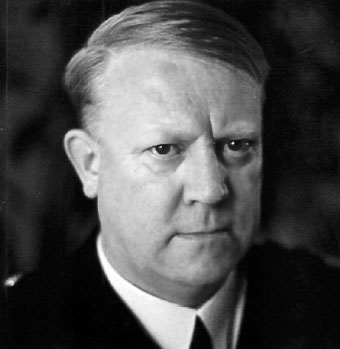 These turncoat scumbags may initially appear to be dandies or friendlies but beneath that harmless glance lies a soul as shriveled and blackened as that pizza you forgot to take out of the oven. They scamper off without a hint of malice only to do a Fredo and rat you out to their crew then return accompanied by…

Identified by their gnashing jaws and crazy eyes, these guys want to wear your gringo hide as a pelt and will stop at nothing to maim and destroy you. They’re rare, but when you see one you have to act fast as they’re a genuine danger and won’t think twice about biting you.

The Lou and Eddie

Much like Chief Wiggum, the Krazee Eyed Killa is usually accompanied by his trusty lieutenants: the Lous and Eddies of the dog world. Alone they might bark but won’t bite. However, with Chief Wiggum at their side they have the courage to pull the trigger so be wary.

These are usually Krazee Eyed Killas whose owners had the good sense to tie them up. I don’t like to mock them just in case their bloodlust reaches DEFCON 1 and in a blind rage they escape and maim me.

These plucky idiots on the other hand are ripe for abuse. Not brave enough to come down and get you or too stupid to realise their impotence, they bark at you from afar. I tend to get very creative with my insults, saying things like “FUCK OFF!” and giving them the ‘wanker’ hand gesture.

These adorable little turds are either puppies or dogs too small and slow to do any damage. Don’t bother to stop. Simply laugh at their high pitched yaps and pathetic attempts to nip at your heels.

Like their arachnid counterparts, these lethal swines lay in wait and burst out in an explosion of barks when you least expect it. Alongside the KEK these buggers are your biggest danger and the most likely cause of a serious accident or injury.

As detailed in my post The Most Hated Dog In Cauca, the follower latches on to you like a furry four legged leech that doesn’t do you courtesy of providing the medical benefits of bloodletting. Simultaneously the most lovable and irritating of all the categories, good luck leaving a follower behind without losing your sanity or a slice of your heart in the process.

There are a few other categories, such as The Codger, The Snoozer and Ol’ Momma Saggy Tits but the names are self explanatory so let’s move on to…

How To Deal With Aggressive Dogs on a Cycle Tour

This may sound counter-intuitive but simply stopping at the first sight of a chaser solves all of your problems 95% of the time. Dogs are usually attracted to movement so as soon as you stop they simply get bored and move onto the next exciting thing like the nearest sniffable anus.

2. Step Off The Bike

Once you stop be sure to step off and get the bike between yourself and the dog/s ASAP. KEKs often make one death lunge so you want to make sure there’s something between you and it. Dogs are also usually too stupid to come around the bike and will quickly get bored and you can slowly wheel away from the scene.

Some people espouse the use of rocks, sticks, etc but I don’t like hurting the dogs and find a water bottle to be just as effective. Often simply reaching for the bottle will scare off the more skittish hounds, while a little spray of water is like kryptonite to plenty of others, the silly beasts.

I always feel stupid shouting at the dogs and even if I’m not angry the very act of shouting makes me flustered, but it can work. You really have to go for it, though. Unleash the kraken of unfulfilled desires and unrequited loves into some well chosen anti-dog epithets and you might scare off a few, along with providing any watching locals with some quality entertainment.

Easier said than done, but if you’re speeding downhill into an area that you suspect might be rife with dogs, better to slow down a little in advance rather being jolted into a ditch or oncoming traffic by a waiting trapdoor dog.

I was chased, harassed and lunged at by literally hundreds of dogs in my 5 months cycling from Colombia to Bolivia (especially in Peru) and doing these things worked 99% of the time – the 1% being a persistent bastard that orbited me like a moon and had me repeatedly vaulting the bike like an amateur gymnast – and was never bitten, so hopefully they work for you too.